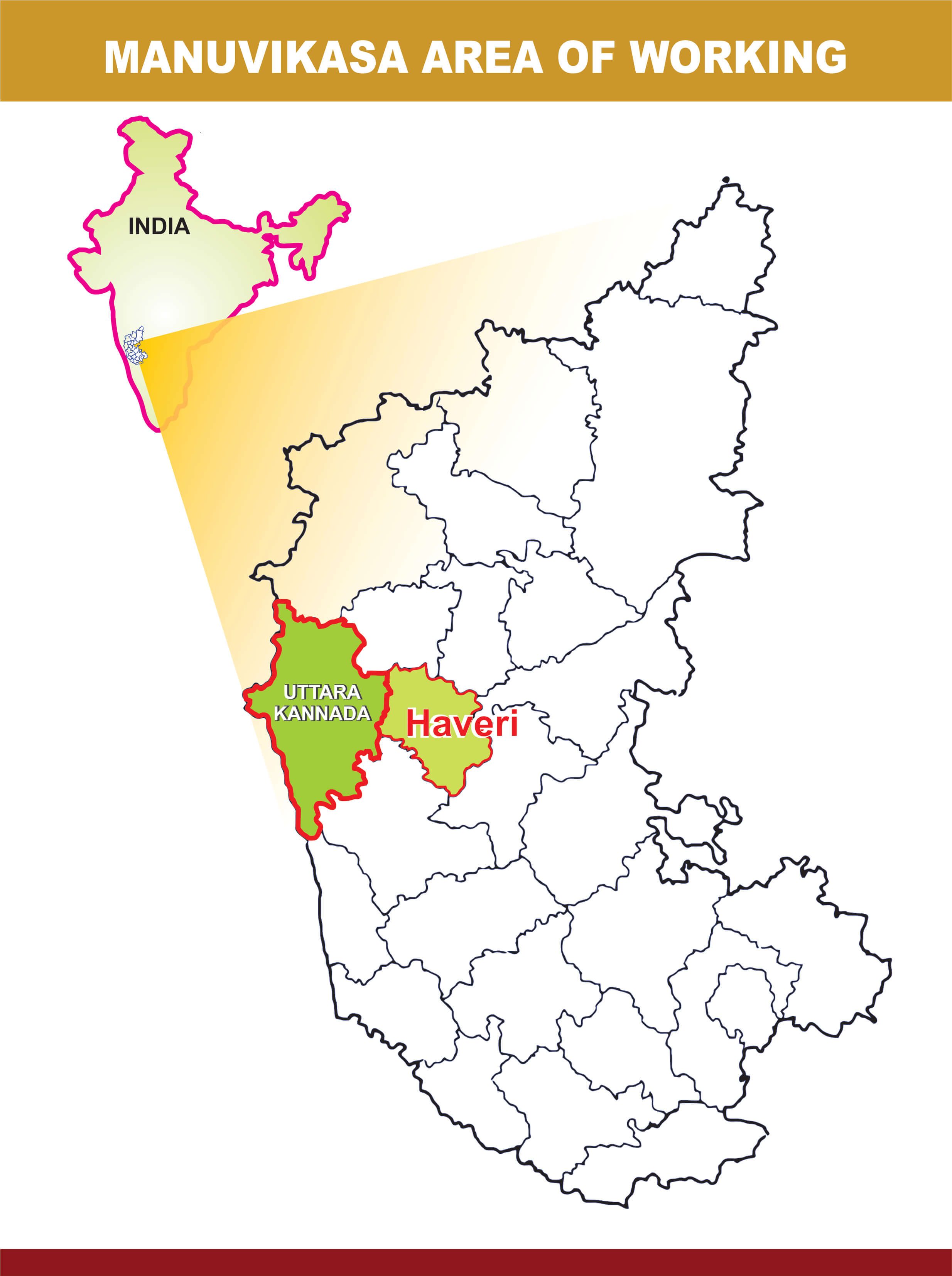 The organization is working in semi arid rural zones of Haveri district. It is the tropical region. The tanks in the district are silted and hence source of water for drinking and agriculture purpose is very less. Prime source of income here is agriculture only, which was also bitterly beaten. In such situation, when food and drinking water availability was totally absent, education became second priority for the Public. This was challenging for the work of MANUVIKASA. Main crops here are Jowar, Ragi, which demand less water. Even these crops were suffered from lack of water. There are very poor water sources in the district due to lack of channels & rivers, which are potentials of increasing ground water level. Due to this condition, people get migrated to various other places in search of food security and drinking water. Even in this 21st century child marriage, child labour, child trafficking etc. social evils have found their own place in the life style of people in Haveri district.
Uttara Kannada is a special district among other districts of Karnataka. The area here consists of coastal area, hilly region and plateau. This is a district with a forest cover of over 81 percent. As such, the district of Uttara Kannada has least density of population in the state, because a large area of land is classified as forests. The district can be divided into four eco zones i.e., the coastal, the crest line of Western Ghats, the high land area and the eastern plateau. The species of plants, soil varieties, flora and fauna are diversified from one place to other. The public is depended on agriculture, fishery and collection of forest products. Now many species of wild plants are under endangered situation. Due to the strict implementation of forest laws, the people who collect forest products are finding very difficult for their livelihood.